The Al Shabab terrorist group has claimed the responsibility for the deadly attack which struck Mogadishu on Saturday. 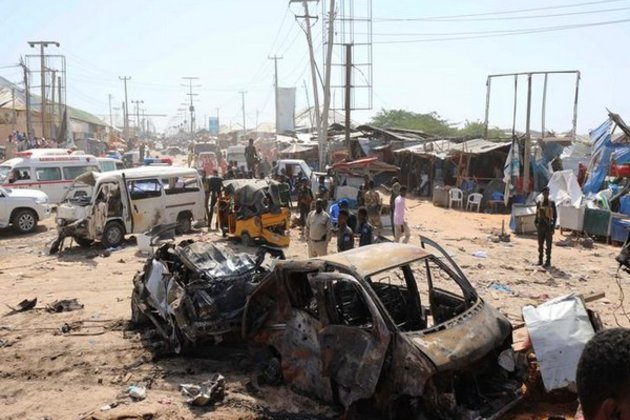 MOGADISHU, Somalia - The Al-Shabab militant group has claimed responsibility for the deadly attack which struck Mogadishu in Somalia in which at least 90 people were killed.

The group has threatened that Al-Shabab would continue attacking Turkish citizens, who he said were invading the country, according to, local media portal Garowe Online, citing Al-Shabab spokesman Ali Dhere on Tuesday.

On Saturday, an explosives-laden car detonated on the outskirts of Mogadishu. The death toll stands at 90, with at least 125 people reportedly left injured.

"36 wounded are being treated in our Recep Tayyip Erdogan Hospital, and nine injured are in surgery. According to information we have, almost 80 people were killed in the attack," Turkey's Ambassador to Somalia Mehmet Yilmaz told the Turkish news agency Anadolu Agency, confirming two Turkish nationals were among the dead, and many Turks were among the wounded.

Somalia has been embroiled in the conflict since 2011. Al-Shabab was forced out of Mogadishu in 2011 has and since lost most of its other stronghold across the country. It regularly carries attacks out in Somalia and neighbouring Kenya. (Big News Network/ANI)