As the New Year kicks off this week, some of Africa’s oil and gas producers are looking forward to fast-tracking approved offshore… 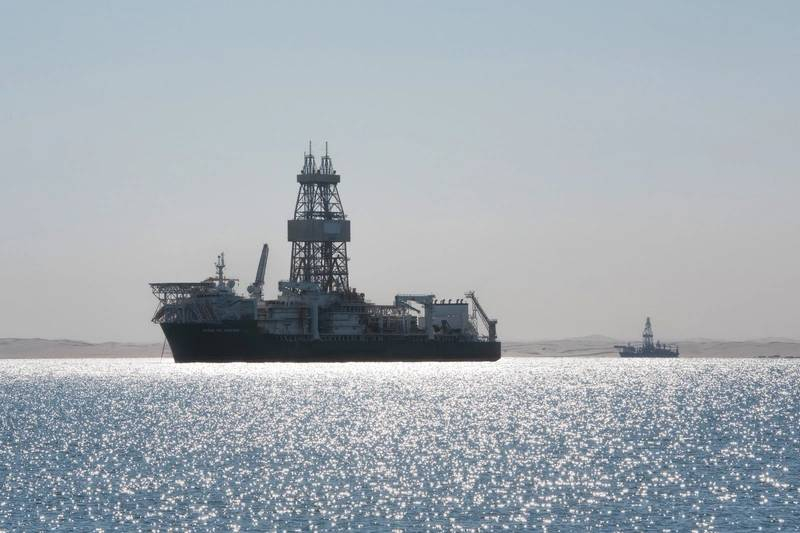 As the New Year kicks off this week, some of Africa’s oil and gas producers are looking forward to fast-tracking approved offshore exploration plans to counter falling production volumes and meet the increasing demand especially for natural gas required for power generation and growing import orders especially from Asia and Europe.It is expected leading hydrocarbon producers such as Gabon, Nigeria, Senegal and Angola would either open earlier approved licensing bids or close those opened in 2019 and therefore boost the long process of bringing several offshore oil and gas fields into operation in the long-term.In addition, some of the countries with pending legislation on issues such as local content, environmental regulations and promulgation of comprehensive hydrocarbon codes are expected to make progress towards concluding them and probably try reaching a consensus with both local and international oil companies on how they should be implemented to catalyze offshore exploration and production.More offshore developments are expected in Egypt when the results of the offshore Red Sea bid round that was opened in March 2019 and closed in the last quarter of the year are fully released.Of course Egypt’s offshore market ended 2019 on a positive note when ExxonMobil announced it had acquired more than 1.7 million acres for exploration including acreage in the 1.2 million North Marakia Offshore block, which is located approximately eight kilometers offshore Egypt’s northern coast in the Herodotus basin.“The remaining 543,000 acres is in the North East El Amriya Offshore block in the Nile Delta,” said the American multinational energy corporation on December 30.The company will operate both blocks and hold 100% interest and will, starting this year, launch a program for the acquisition of seismic data.“These awards strengthen our exploration portfolio in the Eastern Mediterranean,” said Mike Cousins, senior vice president of exploration and new ventures at ExxonMobil.“We look forward to working with the government and deploying our proven expertise and advanced technology.”More upstream activity is expected in Equatorial Guinea, where seven oil and gas exploration and production bidders were awarded concessions for nine blocks in November after the country’s 2019 licensing round launched in April. The Ministry of Mines and Hydrocarbons says it expects to sign production sharing contracts “as soon as possible to enter into the next phase of negotiation” even as the country looks to more investors to express interest in its upstream offshore assets.The ministry announced the winners of Blocks EG-03, 04, 09, 18,19,23,27 and 28 last November. The preferred bidders included Lukoil, Noble Energy, Vaalco Energy, Walter Smith, Hawtai Energy, Levene Energy and GEPetrol.A similar upstream program is expected to be completed this new year in neighboring Gabon where the government launched the 12th shallow and deepwater licensing in 2018 that was initially slated for closure this month (January 2020).Furthermore, another West African oil and gas market, Sierra Leone, expects to close the oil blocks licensing round it started in May 2019 with the preferred bidders under the direct tender award expected to be announced alongside those classified under open tender winners by mid of next month (February).January 2020 is also likely to be the month Senegal opens its next oil and gas licensing round if all goes according to plan.However, it is still unclear how 2020 will turn out for exploration plans in Somalia, Madagascar and Namibia.In Somalia, the deepwater bidding round that opened in July 2019 remains suspended because of a maritime dispute with neighboring Kenya. Similar suspension was also announced in Madagascar for the 2018 licensing round while things have gone a bit quiet in Namibia despite individual progress for specific international oil companies.Despite the noted delays and hiccups in finalizing licensing rounds across Africa, the region looks forward to ride on the already achieved progress to attract adequate investment in harnessing the continent’s proven oil and gas reserves estimated at 126.5 billion barrels (bbl) and 487.8 trillion cubic feet (tcf) respectively.Currently, Africa’s oil and gas production is estimated to be 8.1 million bbl/d and 7.95 tcf which is an equivalent of 8.7% and 7.1% of global production respectively.