Abe plans to visit Mideast next month ahead of SDF's deployment 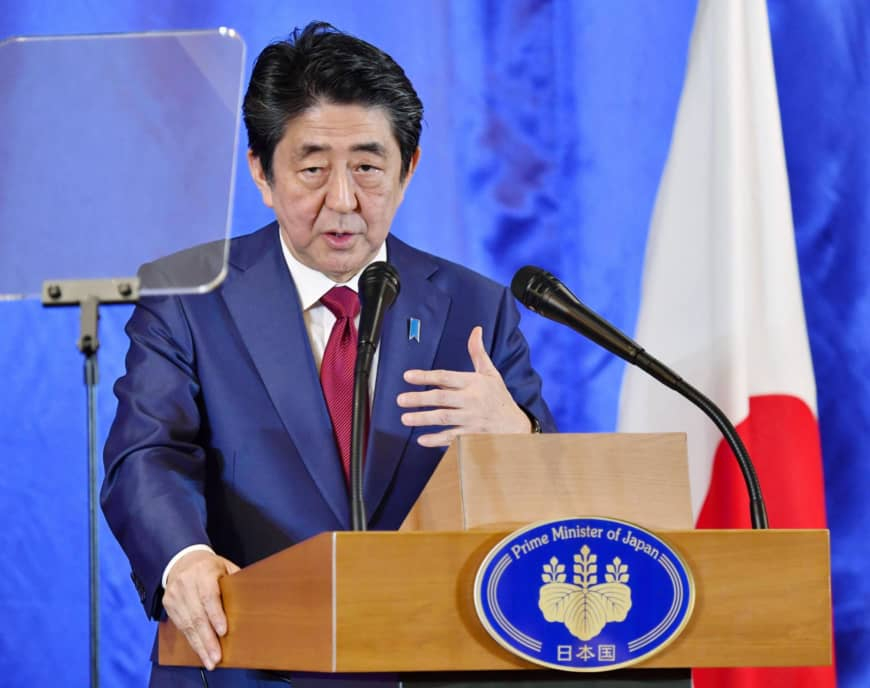 Prime Minister Shinzo Abe said Friday he plans to visit the Middle East early next month as Japan has decided to send a Self-Defense Forces unit to the volatile region to help secure the safe navigation of commercial ships.

The government is making arrangements for him to visit Saudi Arabia and the United Arab Emirates, according to officials.

“I’m considering visiting the Middle East at the beginning of next year if conditions permit,” Abe said on a TV program.“Ninety percent of our crude oil imports come from the Middle East. If they stop, the Japanese economy and our daily lives will be severely impacted,” Abe said.

The SDF mission will involve using two P-3C patrol planes based in Djibouti that are engaged in anti-piracy activities, as well as an anti-submarine chopper from the Maritime Self-Defense Force destroyer Takanami, which will be refueling at a port in Oman.

The government plans to use the Takanami and the P-3C Orions to gather intelligence amid high tensions in the Middle East caused by the scuppered 2015 nuclear deal between Iran and the United States.

But Japan will not join the U.S.-led maritime security coalition near the crucial Strait of Hormuz, through which much of the world’s oil is shipped, for fear of hurting Tokyo’s good relations with Tehran.The SDF will instead operate off Oman and Yemen — in the Gulf of Oman, the northern part of the Arabian Sea and the Bab el-Mandeb Strait connecting the Red Sea and the Gulf of Aden.“

Japan aims to make its own unique contributions to safe navigation and regional stability,” Abe said.

Ahead of the prime minister, Defense Minister Taro Kono will visit Djibouti and Oman during his four-day Mideast trip from Friday.